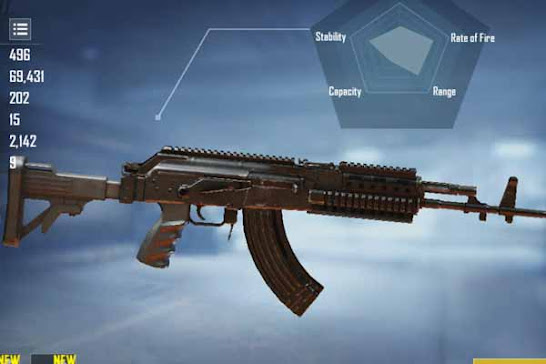 THE rate of firing is faster than AKM. It Takes 7.62 ammo .this gun can beat AKM in close range due to its firing rate .its recoil is very high in M762 AR high scopes .lower per bullet damage than AKM but higher rate of fire .its range is 60 .its firing mode is single, Brust, auto .you can use various scopes like RedDot, HOLLO, cartridge side,2x,3x, 4x, 6x but you can’t use 8x because 8x is used in bolt action and automatic bolt action. Many pro players also use M762 for close range. M762 is also called Beryl.

Many players called it Beryl. We can beat M416, AKM, G36C, and many other weapons in close range but your ping determines that you can beat or not and your firing time and your aim decide who can beat.